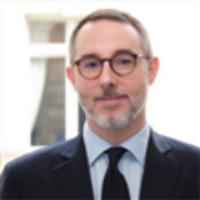 Nicolas Bouckaert is a partner at Kennedys, whose Paris office he co-founded in October 2017. He is qualified as a French avocat à la cour and a solicitor in England and Wales, having studied in England (University of Oxford and University of York) and trained at a magic circle firm in the city, before relocating to Paris and joining one of France’s leading (re)insurance practices at litigation boutique firm BOPS.

Nicolas is regularly instructed in complex and international disputes, both before French courts and arbitration tribunals, where he acts for leading insurers and reinsurers, manufacturers and service providers. His practice, which has a particular focus on product and professional liability, includes the entire range of insurance and reinsurance disputes (i.e., coverage, defence and subrogation), as well as general commercial disputes and court-appointed technical investigations (specifically those relating to industrial risks). It spans several key industry sectors, such as real estate, construction, manufacturing, finance and aerospace (Nicolas leads the aerospace product liability practice of Kennedys’ Paris office). Nicolas is also very active in insurance and reinsurance matters relating to political risks and trade credit insurance.

Nicolas is bilingual in English and French and also speaks Italian.