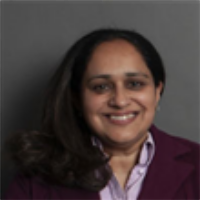 Currently, as co-head of Bird & Bird’s India strategy group, Nipun Gupta advises the firm on its international strategy. She is a regular speaker in India and in the United Kingdom on M&A matters facing companies investing in emerging markets.

Ms Gupta qualified as a solicitor in England and advised international clients on both inbound and outbound mergers and acquisitions and disposals, with a particular focus on emerging markets. She was previously a partner at White & Case (where she was recognised as being ‘a driving force behind the India practice’, Chambers Global, 2005/6) and was also the global head of legal at Ispat International (now rebranded ArcelorMittal), the world’s largest steel manufacturing group.

Ms Gupta was named in The Lawyer’s Hot 100 in the United Kingdom 2001, she was profiled in The Lawyer as general counsel of Ispat, LNM Group (November 2000) and she received the prestigious National Law Day award from the Indian prime minister in recognition of her outstanding contributions in the field of law and to acknowledge her as a ‘role model for women lawyers in India and abroad’ in 2006.