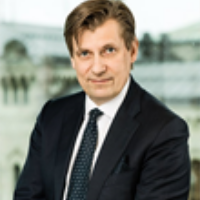 Ole K Aabø-Evensen is one of the founding partners of Aabø-Evensen & Co, a Norwegian boutique M&A law firm. He assists industrial investors, financial advisers, private equity funds and other corporations in friendly and hostile takeovers, public and private mergers and acquisitions, corporate finance and other corporate matters. He has extensive experience in all relevant aspects of transactions, both nationally and internationally, and is widely used as a legal and strategic adviser in connection with follow-ups of his clients’ investments. Mr Aabø-Evensen is also the author of a 1,500-page Norwegian textbook on M&A. Recognised by international publications such as The Legal 500 and European Legal Experts, during the past eight years he has been rated among the top three M&A lawyers in Norway by his peers in the annual surveys conducted by Finansavisen. Both in the 2012 and 2013 editions of this survey, Finansavisen named Mr Aabø-Evensen as Norway’s top M&A lawyer. He is also the co-head of Aabø-Evensen & Co’s M&A team, and the former head of M&A and corporate legal services of KPMG Norway.