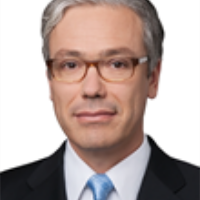 Dr Pascal G Favre is the head of the competition practice group in Geneva. Pascal focuses his practice on Swiss competition and distribution laws, in addition to corporate and M&A. He frequently handles, on behalf of corporate clients, the competition law aspects of their domestic or cross-border M&A transactions. Pascal is valued and sought after by corporate clients for his solid experience in notifications on concentrations and merger control procedures involving Swiss or foreign companies operating in Switzerland. He also regularly represents companies in complex antitrust proceedings brought before the Swiss Competition Commission. In addition to advising on matters involving searches and internal investigations, Pascal counsels companies on compliance and leniency programmes in the context of a continuously evolving competition regulatory environment.

Pascal achieved a doctor of laws, summa cum laude (Fribourg, 2005; awarded three prizes). He regularly publishes articles and updates on a wide range of legal issues. He is a co-author of a legal essay on the main principles of Swiss dominance law (Fiches juridiques suisses, No. 337, ‘L’abus de position dominante en droit de la concurrence’) and has drafted the second edition of a chapter dedicated to Swiss merger control in the Commentaire romand, the most comprehensive French-language commentary on Swiss competition law (co-author). He has also co-edited with Professor Pierre Tercier (honorary chair of the International Chamber of Commerce’s International Court of Arbitration and former chair of the Swiss Competition Commission) the fourth edition of Les Contrats Spéciaux, which serves as a standard book in the field of Swiss contract law.

Pascal is a well-established competition practitioner recognised both by clients and ranking publications. Most recently, he has been identified by Global Competition Review in 2018 and the SNCF Mobilités deal led by Pascal was highlighted in the 18th edition of GCR 100 Global Elite. Pascal is fluent in French, English and German.