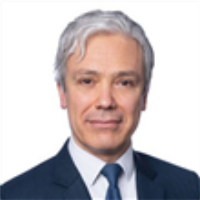 Dr Pascal Favre is the head of the competition practice group in Geneva. Dr Favre specialises in Swiss competition and distribution laws, in addition to corporate/M&A. He handles on behalf of corporate clients all competition and antitrust aspects of their business operations in Switzerland. He routinely advises national and multinational corporations in merger control proceedings and concentration notifications, including in parallel multi-jurisdictional filings.

Dr Favre also represents companies in investigations by the competition authorities, as well as in administrative and court proceedings, including appeals before the Federal Supreme Court. In addition to assisting clients in investigations and searches, he provides advice on antitrust compliance and leniency programmes.

Pascal Favre achieved a doctor of laws degree, summa cum laude (Fribourg, 2005; awarded three prizes). He frequently writes on relevant topics and current issues affecting the competition climate in Switzerland, and contributes to renowned publications in the field of antitrust and competition laws. Dr Favre has co-authored a legal essay on the main principles of Swiss dominance law (Fiches juridiques suisses, No. 337, ‘L’abus de position dominante en droit de la concurrence’). He has also drafted the second edition of a chapter dedicated to Swiss merger control in the Commentaire romand, the most comprehensive French-language commentary on Swiss competition law (co-author). In addition, Dr Favre has co-edited with Professor Pierre Tercier (honorary chair of the International Chamber of Commerce’s International Court of Arbitration and former chair of the Swiss Competition Commission) the fourth edition of Les Contrats Spéciaux, which serves as a standard book in the field of Swiss contract law.

Pascal Favre is a well-established antitrust and competition law practitioner recognised by both clients and ranking publications. He was identified in the area of competition in The Legal 500: EMEA 2019 editorial and in the 18th edition of GCR 100, in which his representation of SNCF Mobilités was highlighted.

Pascal Favre is fluent in French, English and German.