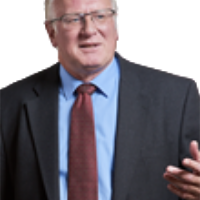 Paul Farmer is a partner of Joseph Hage Aaronson LLP, a specialist London litigation firm. He has broad experience of litigation in the United Kingdom courts (lower courts and tribunals to the Supreme Court) and the Court of Justice of the European Union, his practice covering a range of EU law areas including tax, state aid and Common Foreign and Security Policy sanctions matters. Prior to joining Joseph Hage Aaronson LLP, Paul had been a partner in the awarding-winning tax litigation team at Dorsey & Whitney, which he joined in 2007 from a position as head of tax policy coordination at the European Commission. Before that, he was a practising barrister at Pump Court Tax Chambers, and held posts at the European Commission and the Court of Justice of the European Union (including référendaire to Advocate General Sir Francis Jacobs). He is ranked by both The Legal 500 and Chambers, and is described as ‘first class’ and ‘particularly attentive to the needs of his clients’. In 2006, he was LexisNexis Tax Lawyer of the Year. A frequent author and speaker on EU law, he co-authored the leading publication EC Tax Law with Richard Lyal of the Commission’s Legal Service.