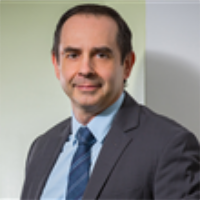 Pedro L. Marín is an economic expert in valuation techniques, microeconomic and financial analysis, competition and regulation in various sectors, particularly energy, telecommunications, and transportation. Since joining Brattle, he has directed numerous projects and provided testimony in the context of international arbitrations and commercial disputes under the rules of the main international arbitration chambers and before the Spanish Courts. He has also given testimony in competition cases before antitrust authorities and provided regulatory advice to investors and regulatory authorities.

Between April 2008 and January 2011, he served as Secretary General and as Secretary of State for Energy in Spain with responsibility for the regulation of the energy markets. Between 2004 and 2008, he was Director of the microeconomic policy department at the Economic Office of the Spanish Prime Minister. Previously, he was a Professor of Economics at the Carlos III University, where he also served as Dean at the Faculty of Law and Economics. His research on competition policy and market structure in regulated sectors has been published in several books and peer-reviewed articles in international journals. He holds an MSc and a Ph.D. in Economics from the London School of Economics.