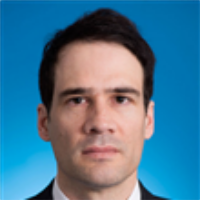 Philipp J Marboe is an attorney-at-law and counsel at Wolf Theiss. He is a member of the regulatory and procurement practice group. Prior to joining Wolf Theiss he was junior partner in a leading Vienna-based Austrian and central European practice. He has extensive professional experience in the planning and implementation of tender procedures, including railways and public passenger transport services, and project development. Mr Marboe also specialises in public commercial law and contract law. In recent years, he has advised on major infrastructure and PPP projects in Austria as well as in central and eastern Europe. Mr Marboe advises and represents Austrian and international clients – both bidders and contracting authorities – in review proceedings. He gained international experience in working at the Vienna office of a British multinational law firm and for a law firm in Paris.

Mr Marboe frequently lectures on regulatory and procurement-related topics and has authored numerous publications in his field. He studied law at the University of Vienna and the Autonomous University of Madrid. Mr Marboe wrote his doctoral thesis in international law at the French Institute of International Relations in Paris. He is fluent in German, English, French and Spanish.

Philipp J Marboe is recognised as one of Austria’s leading procurement lawyers. He has comprehensive experience in the tendering of major rail traffic and construction projects, including building information modelling. His procurement track record also comprises security and defence projects.