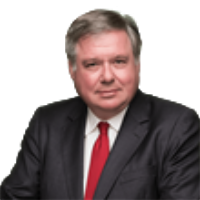 Philippe De Baere has been a partner in Van Bael & Bellis’ Brussels office since 1992. His practice focuses on EU and WTO trade law as well as EU customs law and sanctions.

He has been involved in most major EU anti-dumping, anti-circumvention and anti-subsidy proceedings since 1990. In this field, he has represented numerous clients before the European Commission, the EU General Court, the Court of Justice of the European Union, WTO Panels and the WTO Appellate Body.

In the field of international trade law, he has assisted WTO Members in numerous WTO dispute settlement proceedings, including Russia – Traffic in Transit (DS512) and EC – Definitive Anti-Dumping Measures on Certain Iron or Steel Fasteners from China (DS397). In this latter dispute, he obtained an unprecedented finding that the EU’s Basic Anti-dumping Regulation was ‘as such’ incompatible with the EU’s WTO obligations.

Philippe De Baere regularly lectures on EU trade law at the College of Europe in Bruges, at the Carlos III University of Madrid and at the Katholieke Universiteit Leuven.