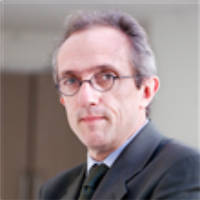 Philippe Dubois has considerable experience in restructuring and insolvency. He advises banking and financial institutions as well as large French and foreign industrial groups in a wide range of economic sectors. His practice focuses on restructuring, litigation and arbitration in diverse areas such as shareholder disputes, indemnification agreements and liabilities. He manages the firm’s restructuring and insolvency, dispute resolution and arbitration teams. Admitted to the Paris Bar in 1994, Philippe Dubois, a doctor at law, teaches business law at the University of Paris X Nanterre. He joined the firm in 2008 as a partner, after working at Jeantet (1984–2005) and Sonier Poulain (2005–2007).

Philippe Dubois is recognised as ‘Lawyer of the Year’ in restructuring by Option Droit & Affaires magazine (2015).