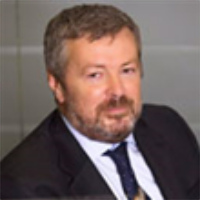 Pietro Palandri has been a qualified lawyer since 1983. He is an expert on shipping and intermodal transportation, insurance, tourism and passenger transportation. In the past 10 years, he has been asked by shipowners and insurance companies to deal with some prominent casualty claims. He also assists shipowners and banks with the purchasing, building and financing of ships. He has acted as an arbitrator in many foreign arbitration and judicial proceedings, and he often provides affidavits on issues regarding Italian legislation for foreign judicial proceedings.

Mr Palandri is on the board of directors of the Italian Association of Maritime Law. He has written many articles for the specialist magazine Diritto Marittimo and for Lloyd’s of London, and he is often invited to speak at conventions, both in Italy and abroad.