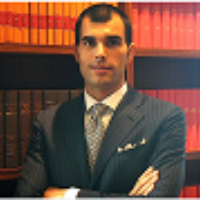 Pietro Zanoni’s practice focuses on M&A and private equity, and he has extensive experience in all matters of corporate and commercial law. Pietro Zanoni is personally ranked as a leading lawyer for Private Equity by Chambers & Partners (the most authoritative international legal directory), which commends him for his “growing reputation in the market. His expertise in acquisitions and other corporate transactions is sought after by sellers and buyers” (Chambers 2020), for his “particular knowledge of the fashion, food and pharmaceutical industries” (Chambers Europe 2017), for the “strong business acumen” and for being a “good negotiator” (Chambers Europe 2016); for his “deep technical expertise and proactive approach” and for being able to “create a good relationship with the counterparts” (Chambers Europe 2015); and for being “very precise and reliable” and “able to recognise the strength and the opportunity of the deal” (Chambers Europe 2014). The Legal 500 considers Pietro Zanoni a “very clever professional”. Pietro has been the most active advisor in Italy for more than 5 years (over the past 5 years he has been #1 in the overall ranking for Italy by Mergermarket, on an aggregate deal-count basis).

Pietro Zanoni joined Nctm in 2004, where he became salary partner in 2009 and equity partner in 2012. Prior to joining Nctm he worked as visiting foreign lawyer with Doland & Gould in Los Angeles, California (2000). Upon returning to Italy, he first joined Gianni, Origoni, Grippo and Partners – Linklaters and Alliance (2001), and then the boutique firm led by Professor Savi (2002-2003). He was admitted to the Bar of Milan in 2003.