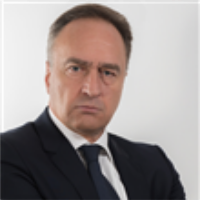 Rafael Valdés-Abascal obtained his law degree from the Universidad Panamericana Law School, where he has the chair as competition law professor and has been member of its Academic Council.

He began his practice in the corporate law area. He joined the public sector in 1990 where he held office, among others, as head of the legal counselling office for the chief of staff of the Mexican president. Later, he was appointed as the executive secretary of the Federal Competition Commission (CFC).

In 1996, he left the public sector to start his own law firm (then Valdes Abascal y Brito Anderson). He has undertaken an intensive practice on competition and antitrust counselling and litigation, being involved in several of the most important cases that have taken place since the creation of the CFC. He has rendered services to several important domestic and foreign companies, and has advised several federal government agencies.

He has headed the Competition Law Committee of the Corporate Lawyers National Bar Association (ANADE) and has been appointed by the competition authority as non-governmental adviser for the International Competition Network.

He is ranked as leading lawyer on competition and antitrust in Mexico by Chambers and Partners, The Legal 500, Who’s Who Legal, Best Lawyers and Legal Media Group’s Expert Guides, among other publications.