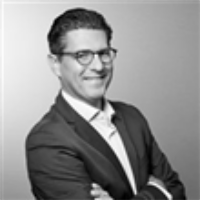 Raphaël Mellerio is one of the founding partners of Aramis, which was established in 2006. He formerly worked for the firm Clifford Chance in London and Paris, where he spent 10 years and became counsel in 2003.

Mr Mellerio is the partner in charge of the corporate and mergers and acquisitions practice at Aramis. His main activities relate to mergers and acquisitions, restructurings and joint ventures. He also represents companies on a regular basis in the setting up of complex agreements in the field of franchising and industrial transactions. He also deals with certain issues of economic law and international commercial law.

In the field of franchising, Mr Mellerio regularly assists French and foreign franchisors in the areas of retail distribution, restaurants and services, and he is a regular contributor to various legal publications on the subject. He is also a member of the IBA International Franchising Committee.