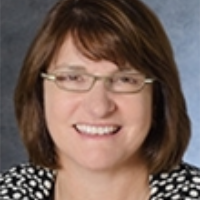 Renata Hesse is a member of the firm’s litigation group. Her practice focuses on antitrust counselling, cartels and merger clearance.

Ms Hesse counsels some of the world’s biggest companies on a range of high-stakes antitrust matters. Over the last year she advised client Amazon on its US$13.7 billion acquisition of Whole Foods Market; Tanker Investments on Hart-Scott-Rodino matters for its US$188 million merger with Teekay Tankers; and United Rentals Inc, the world’s largest equipment rental company, on antitrust matters in its US$1.3 billion acquisition of Neff Corp. Ms Hesse joined Sullivan & Cromwell following a distinguished career in government, including leading the Antitrust Division at the Department of Justice, twice as acting assistant attorney general and serving that division for more than 15 years. During her time at the Division, Ms Hesse worked on a number of high-profile transactions, as well as other key initiatives related to the licensing and enforcement of standards-essential patents. She also had oversight of the criminal programme as the principal deputy assistant attorney general, where she was a decision-maker on a range of significant criminal matters. Ms Hesse was previously chief of the Networks and Technology Section (now the Technology and Financial Services Section) and a trial attorney in two Division sections, and she has worked extensively with antitrust and competition law enforcement agencies at the highest levels across Asia, Europe, Australia and Latin America.

Ms Hesse also served as Senior Counsel to the Chairman of the Federal Communications Commission, where she advised Chairman Genachowski on transactions pending FCC approval.

Ms Hesse is frequently recognised as a leading and influential antitrust lawyer, with a particular emphasis on the intersection of antitrust and intellectual property matters in high-tech industries. She is currently co-chair of the ABA Antitrust Section’s Spring Meeting and is a frequent speaker at antitrust and legal forums.