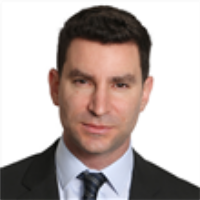 Richard Neylon is a partner at HFW and acts for a range of shipowners, charterers and insurers, in wet and dry shipping disputes. A large proportion of Richard’s work involves resolving disputes arising from marine casualties and he has been involved in many recent high-profile incidents. He has particular experience of collisions, fires and explosions, salvage, piracy, capture and seizure, groundings and unsafe port claims – often involving complex multi-jurisdictional litigation and arbitration. Although he works in the admiralty and crisis management department, the complexity of modern marine casualties necessarily involves him in a mixture of wet and dry work.

Richard also handles major incidents and disputes for liability, war, kidnap and ransom, cyber and special risks underwriters and their assureds. He has particular expertise in managing and resolving incidents in hostile environments. He has played a central role in co-coordinating and resolving more than 100 hijacking and kidnapping cases in the past 10 years. He also regularly deals with unlawful detentions, extortions, drug seizures and similar complex problems to which companies that operate globally can become exposed.

He has addressed various governments, law enforcement agencies, and government and non-governmental organisations on industry’s response to incidents of this nature, and has developed a network of contacts in government, the military, private military, financial institutions and intelligence agencies.

Richard lectures regularly in the United Kingdom and internationally on crisis response, shipping and insurance topics, and has contributed articles to various publications.

The Shipping Law Review aims to provide those involved in handling cross-border shipping disputes with an overview of the key legal issues arising across multiple jurisdictions, including leading maritime nations and major shipbuilding centres. Among other things, it analyses the most noteworthy aspects of available dispute resolution procedures; shipbuilding contracts, contracts of carriage and cargo claims; limitation of liability; ship arrest procedures; and much more.