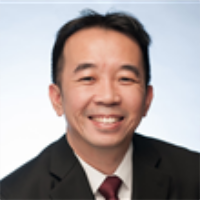 Richard has extensive experience in domestic and cross-border mergers and acquisitions (with particular focus on share and business acquisitions), local and regional joint ventures, schemes of arrangements, amalgamations, capital reductions, corporate reorganisations as well as general corporate and commercial law.

He has been cited for his expertise in mergers and acquisitions and recognised as a leading individual for Corporate/M&A in legal publications such asChambers Global andChambers Asia-Pacific.

Richard graduated from the National University of Singapore with an LL.B. (Hons) degree. He joined Allen & Gledhill on a scholarship in 1995 and became a Partner in 2000. During his time at Allen & Gledhill, he undertook a secondment as Regional Legal Counsel for the CNBC Asia and National Geographic cable channels in Singapore, and later with General Electric International Inc, in Hong Kong. He also had a one-year stint in the London office of Linklaters, where he gained considerable experience on cross-border transactions.