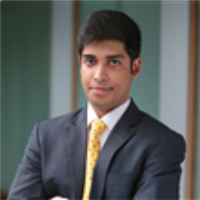 Ritwik Bhattacharya is a principal associate in the firm’s competition law practice with eight years of experience in this field. He has been involved in several landmark merger control and enforcement matters.

He has co-authored several publications and articles, including ‘Merger Control, Trends and Challenges’, published in USIBC Legal; the India chapter of The Merger Control Guide (Chambers) in 2018 and 2019 and ‘Antitrust Compliance Programmes in India – The Road Less Travelled’, published in the American Bar Association Journal.

He has also featured in Who’s Who Legal Future Leaders: Competition 2020 and 2021.