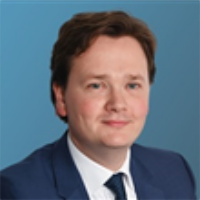 Rob specialises in spatial planning, environmental law, public law and civil law. Rob graduated in both civil and administrative law and political science at the University of Leiden. He joined Allen & Overy in September 2015, having gained substantial experience working at the Dutch Council of State in environmental and spatial planning matters. Rob advises and litigates on many aspects of environmental law, including permit application and legal redress procedures, compliance matters and zoning matters. Recent projects include large solar and offshore wind farms, the development of a large multifunctional office building in Amsterdam and the redevelopment of a large industrial site into a residential area near Amsterdam. Rob is preparing a PhD thesis on the role of courts in adjudicating politically sensitive cases and the American political question doctrine at Nijmegen University.