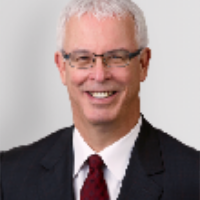 Robert Bonhomme focuses his practice on employment, labour, administrative and civil law, and more particularly on all aspects of labour relations, both collective and individual, across Canada. He represents clients from both the private and public sectors, in federal and provincial jurisdictions. Throughout the years, he has developed an expertise in compensation and benefits matters (purchase option plan, retirement plan, etc.).

Mr Bonhomme has co-authored numerous specialised works in the field, including wrongful dismissal in Quebec. He has also written numerous articles on administrative, employment and labour law and is frequently invited to speak at conferences in Canada and abroad.

A fellow of the prestigious American College of Trial Lawyers and the College of Labor and Employment Lawyers, Mr Bonhomme ranks among lawyers most frequently recommended by peers in the annual survey conducted for the Canadian Legal Lexpert Directory and, for several years now, has appeared in the annual Guide to the Leading 500 Lawyers in Canada, published by Lexpert/American Lawyer. He is rated as a ‘Leading Lawyer’ in labour law and employment benefits by Practical Law Company’s Which Lawyer? Yearbook.