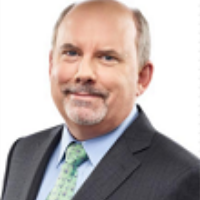 Robert (Bob) Richardson is a partner in McCarthy Tétrault’s M&A, capital markets and financial services groups. A seasoned securities lawyer and former senior banking executive, Bob’s clients include a variety of deal participants on both sides of the table.

After spending several years near the beginning of his career at McCarthy Tétrault, he joined the in-house legal team at the Canadian Imperial Bank of Commerce (CIBC) and CIBC World Markets Inc., where he managed the legal aspects of almost all of CIBC’s strategic transactions globally and led a large legal team that spanned across several continents. He served on the board of directors of CIBC’s Canadian and European investment banking subsidiaries, and was a member of most of CIBC’s key governance and deals committees. He returned to McCarthy Tétrault in 2018.