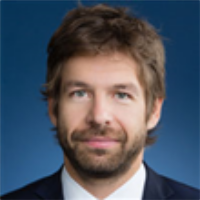 Robert Pelikán has extensive experience in corporate law, dispute resolution and all aspects of national (Czech and Slovak) as well EU competition law, including merger control, antitrust, cartel investigations and abuse of dominant positions. In the course of his career he regularly advised notable and prestigious clients, both from the Czech Republic and abroad, in high-profile complex cases, which gained him an excellent reputation as one of the major local experts in these practice areas. Robert graduated from Charles University, Faculty of Law, worked at several prestigious law firms and became a partner of a Czech law firm. From 2015 to 2018, he served as the Minister of Justice of the Czech Republic and since 2017 he also presided over the Legislation Council of the Government of the Czech Republic.

Robert has always been active in academia and co-authored the Commentary to the Civil Code (2014) and a textbook on corporate law (Corporate Law, 2015). He also teaches corporate and competition law at the Charles University, Faculty of Law.