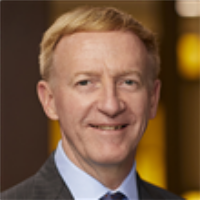 Robert Wyld is a partner in Johnson Winter & Slattery’s Sydney office specialising in regulatory investigations and prosecutions, white-collar crime and fraud, and revenue and taxation disputes.

Robert has written numerous papers on the detection and management of commercial risks, identifying fraud and tracing the proceeds of crime, the AWB role in the UN Oil-for-Food scandal, whistle-blower reforms in Australia and Australia’s foreign bribery laws for directors and issues across the Asia-Pacific region. He has delivered ethical compliance training seminars to clients in Australia and throughout Asia and is a regular guest speaker at conferences in Australia and overseas. Robert is co-chair of the International Bar Association’s anti-corruption committee for 2015–2016.