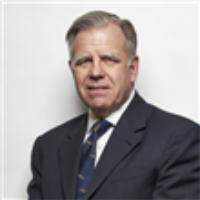 Roberto A. Fortunati is a partner at Beccar Varela. He leads the Department of Natural Resources and co-directs the departments of Mergers & Acquisitions and Banks and Financial Institutions.

His main practice areas are mergers & acquisitions, banks and financial institutions, and project finance, with a focus on natural resources. He is a recognized expert in the mining, oil and energy sectors. He served as a consultant for the World Bank on insolvency issues.

He began his career as an in-house attorney for Amoco Argentina Oil Company . In 1986 he joined Beccar Varela, a firm of which he was a partner until the beginning of 2001, when he became Director of Legal Affairs of Citibank (Argentina branch) . He was a founding partner of the firm Fortunati & Asociados (2003-2010), which merged with Beccar Varela in 2010.

He speaks Spanish, English, French, and has advanced knowledge of Portuguese and Italian.