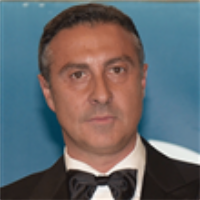 Roberto Pisano obtained a law degree, summa cum laude, from the University of Milan in 1992, and a PhD from the University of Genoa in 1999. Between 1993 and 1997 he was a research associate at Bocconi University, Milan, where he has since worked for many years as a contract professor on business and tax crimes. Mr Pisano was co-chair of the business crime committee of the IBA in 2007 and 2008, and vice-chair of the ECBA in 2008 and 2009. He is the author of several publications on the subject of business crime and mutual legal assistance, including Tax Crimes (Cedam, 2002, co-author); Criminal Responsibility for Asbestos (Giuffré, 2003, contributor); ‘The Relations Between Domestic Law, Treaty Law and EC Law’ (Egea, 1995); ‘EU arrest warrant in action’ (in European Lawyer, 2005, co-author); and ‘The Illegal Performance of Financial Intermediation’ (Cedam, 2007).

In the course of his practice, Mr Pisano has successfully represented prominent individuals and entities in high-profile Italian criminal proceedings, including various cases of corruption involving international corporations and their top officials (including alleged corruption of foreign officials by major international oil companies, with multiple investigations in the US, the UK, France, Italy, etc.); various cases of extradition, including the recent FIFA investigation by the US authorities and representation of foreign states; three cases alleging international tax fraud involving the former Italian prime minister, in which Mr Pisano represented a well-known US movie producer; a case involving a claim for restitution of antiquities by the Italian Ministry of Culture, in which Mr Pisano represented a prominent US museum; a case alleging a fraudulent bankruptcy of managers and contractual parties of Parmalat SpA, including foreign banks, in which Mr Pisano represents a prominent external counsel of a US bank; a case alleging multiple homicide of employees of a multinational company manufacturing hazardous products, in which Mr Pisano was a member of the defence team; various appeals in foreign jurisdictions (e.g., the US, Hong Kong, Switzerland, Monaco, etc.) against search and seizure and freezing of assets; and internal investigations for foreign multinationals and Italian corporations. Mr Pisano is also an adviser and represents relevant foreign governments on issues of international criminal law and in the frame of extradition proceedings.