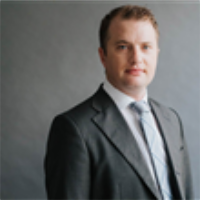 Rohan is a consultant to Adina Thorn Lawyers, providing legal advice, analysis and research within the scope of its practice areas. Rohan is also a senior lecturer at the Faculty of Law, University of Auckland, teaching and researching in contract law, equity, insurance law and restitution.

Rohan is frequently asked to comment on commercial law and insurance law issues by the news media, including on national radio and television.

Previously Rohan practised in commercial litigation for five-and-a-half years at one of New Zealand’s leading law firms, where he was a senior associate. There he worked on New Zealand’s largest-ever construction litigation, involving a multimillion dollar claim that went to trial in the High Court for nine months, before a settlement was reached.

Rohan has published numerous articles in national and international journals in the areas of contract law, equity, insurance law, restitution and construction law. He is a contributing editor of Colinvaux’s Law of Insurance in New Zealand (Thomson Reuters, 2014).