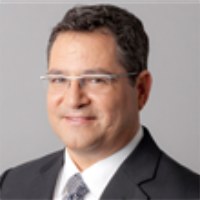 Legal500 mentioned Adv. Adini as one of the top 5 “Leading Individuals” in Israel the field of class action and derivative claims, and defined the firm of Ronen Adini & Co. as - “… ranks ‘among the best litigation boutiques’ in Israel and has been involved in two of the country’s largest ongoing derivative suits.” And also – “the firm handling of large class actions and complex derivative suits is ‘beyond perfect’”.

Adv. Adini's firm, Ronen Adini & Co, has been ranked by Dun’s100 as one of the leading firms in Israel in class actions and commercial litigation since 2012.

Adv. Adini’s book, Securities Law (2004) is considered the most comprehensive and professional text in the field of securities law, and is frequently quoted by Israeli courts and among others, by the Israeli Supreme Court.

Adv. Adini teaches and lectures on directors’ liabilities, securities litigation and class actions at the various academic institutes. He also served as a military judge in the IDF reserves.

In addition, Adv. Adini has highly valuable experience representing defendants in criminal securities proceedings and in enforcement proceedings before the Israel Securities Authority.

Adv. Adini is an academic lecturer in the areas of securities & corporate  law, directors liabilities and class actions. He served as a regular external lecturer at IDC in Herzelia, the Faculty of Law of the College of Management Academic Studies, the Netanya Academic College and other law faculties.  He is a sought-after lecturer by both academic institutes, and business community.

Adv. Adini served as a military judge in the IDF reserves.