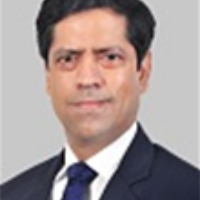 Sanjeev has gained invaluable experience in constitutional law, general trade and commercial laws, arbitration as well as laws relating to environment, energy, infrastructure and mining. Sanjeev is a registered Advocate on Record with the Supreme Court of India since the year 2003. Sanjeev has vast experience in international and domestic arbitration, environmental and energy laws as well. Handling complex environmental disputes before the National Green Tribunal of India as well as other Indian courts along with alternative dispute resolution before national and international forums has been one of his areas of expertise and forte. To his credit, he has appeared and successfully handled and also argued cases before various forums and courts including the Supreme Court of India, before various State High Courts and domestic and international arbitral tribunals. He has also been a speaker and a panellist at various conferences and seminars organised by august bodies such as the IBA, UIA, GAR, LCIA India, Indian Council of Arbitration, etc.