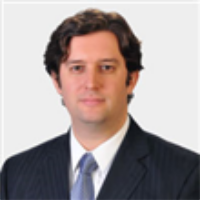 Santiago del Rio is a partner at Marval, O’Farrell & Mairal. He joined the firm in 2006 and has been involved in competition issues ever since. He regularly provides advice to companies regarding merger control regulations in Argentina over a wide range of markets, as well as providing counsel to companies that either undergo antitrust investigations or decide to initiate them, during both the Antitrust Commission’s investigation and the challenge of decisions before the appellate courts and the Supreme Court of Justice.

Between 2010 and 2011 he was seconded to the Spanish firm Uría Menéndez, where he dealt with both European Union and Spanish competition matters in the firm’s Brussels and Madrid offices. He participated in Phase I and II merger control proceedings, anticompetitive investigations under Articles 101 and 102 of the TFEU, as well as appeals before the European Court of Justice.

He graduated with honours in 2005 from the Universidad del Salvador, and holds a postgraduate diploma in economics for competition law from King’s College University.