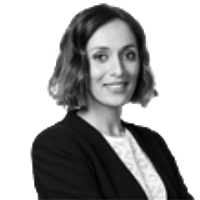 Sarah Aït Benali is an associate based in the Paris office, and her practice focuses on EU and French competition law.

Ms Benali has advised clients in complex merger control cases before the European Commission and the French Competition Authority. She has also represented clients in a number of international cartel and abuse of dominance investigations, including several recent investigations in the internet and consumer goods sectors.

Ms Benali joined the firm in 2017. She graduated from the Institut d’études politiques de Paris in 2014 and received an LLM degree from King’s College London in 2016. Ms Benali is a member of the Paris Bar.