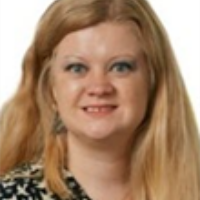 Sarah Porter is a partner in Baker McKenzie’s Structured Finance Group in London. Sarah advises arrangers, originators, trustees, issuers, rating agencies and other market participants on securitisation transactions across numerous asset classes, including residential mortgages, commercial mortgages, trade receivables, consumer loans and leases, corporate loans and synthetic structures. She has acted for arranging banks and originators in both commercial paper conduit and term issue securitisations, for a major rating agency in its review of European CMBS transactions for rating purposes and for trustees and issuers on term deals. In addition, she has acted for issuers on straight debt capital market transactions, LPN transactions and on MTN Paper Programmes. Sarah has been recognised as One to Watch and a Rising Star by Legal 500, with reference to her being ‘smart, pragmatic, and a delight to work with’. In 2017 and 2018, she was listed as a Next Generation Lawyer by Legal 500.