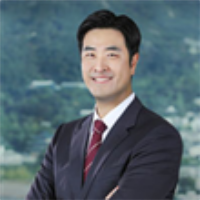 Sejin Kim is a partner in the international arbitration and litigation practice group at Bae, Kim and Lee LLC (Seoul), having more than a decade of experience in international dispute settlements with a particular focus on investor–state arbitrations and commercial disputes involving the real estate, intellectual properties, distribution and defence industries. He has been involved in arbitrations under the auspices of virtually all major arbitration institutions including ICC, ICSID, SIAC, KCAB, CAS, as well as in ad hoc cases under the UNCITRAL rules or otherwise. Notably, Sejin has successfully served as lead counsel in the first investor– state arbitration case brought by a Korean investor against a foreign state under UNCITRAL Rules. Based on such extensive knowledge and experiences, Sejin co-edited a book, International Investment Arbitration and Public Policy (2014, Seoul National University Press) with Professor Hi-Taek SHIN, and authored 40 Under 40 International Arbitration (2021, Dykinson, SL) as one of the 40 select lawyers from all around the world. Also, Sejin has assisted numerous multinational corporate clients in effectively navigating their cross-border litigation cases. As one of very few active US-qualified lawyers who have clerked for judges in US courts and also have earned the distinction of completing law degrees in Korea, Sejin is often quoted as being ideally placed to assist domestic and foreign clients in international litigation mandates before both US and Korean courts.