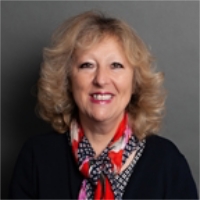 Shelley Nadler is a member of Bird & Bird’s franchising, licensing and multichannel strategies team based in London.

She is a specialist franchise lawyer with over 20 years’ experience in advising on all aspects of franchising.

Shelley is retained as counsel for a number of household names in the retail and food and beverage sectors.

She also advises a wide variety of businesses in the leisure and services sectors including start-ups and established brands looking at multicountry expansion strategies. Shelley’s particular expertise is in the structuring and development of franchise networks in the United Kingdom and new markets including India, the Middle East, the Far East, South East Asia, Russia and South America.

The author of many articles for the franchise trade press, Shelley also writes a monthly ‘ask the experts’ column in Making Money magazine. She has spoken at a number of national and international franchise and licensing seminars and British Franchise Association conferences and workshops. Recently Shelley spoke on franchising in the United Kingdom for a webinar for the Franchise Association of India. Shelley is recognised as an expert in franchising in the Legal Business Guide to Legal Experts.

Shelley co-wrote the UK section of the The International Encyclopaedia of Franchising published by Kluwer.