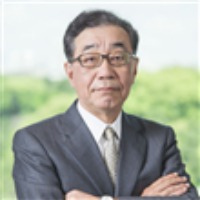 Shinichi Takahashi is a partner at Nishimura & Asahi and is qualified to practise in Japan and New York. Shinichi’s areas of practice include insurance, banking, capital markets, and structured finance and securitisation.

His transactions include advising insurers regarding the revisions of policy wording following the introduction of the new Insurance Act; acquisition by a US life insurer of another US life insurer with a substantial Japanese business; conversion of a Japanese branch of a foreign insurer to a Japanese corporation; advising insurers in Japan on various coverage issues, including those related to the Great East Japan Earthquake in 2011 and the flood in Thailand in 2012; advising a Japanese subsidiary of a Chinese company on its insurance business licence application; and advising Japanese and non-Japanese insurers and reinsurers on reinsurance trading, including drafting reinsurance contracts and resolving reinsurance disputes.