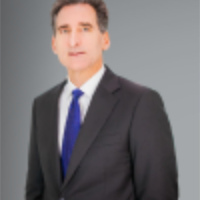 Steven B Garland is a partner, barrister and solicitor, and a patent and trademark agent at Smart & Biggar/Fetherstonhaugh. He has over 25 years of trial and appellate experience in intellectual property litigation of all types, including issues relating to patent, trademark, copyright, industrial designs, trade secrets and competition law. He has acted in many patent litigation matters that have involved a wide variety of subjects, including chemical, biochemical, pharmaceutical, biotechnological, telephony, mechanical and computer or internet subject matter. <P>
Steven has appeared as counsel in intellectual property cases at the Federal Court and Federal Court of Appeal, the Ontario Superior Court and Court of Appeal, the Nova Scotia Supreme Court and Court of Appeal, the Court of Appeal of British Columbia and the Supreme Court of Canada. Several recent decisions in which Steven has acted as successful counsel have become leading cases, and have been recognised by national and international legal publications. He also appears before the Patent Appeal Board and the Trademarks Opposition Board. He has been retained as a mediator in intellectual property disputes. In numerous surveys, clients and colleagues have noted that Steven is a ‘fantastic lawyer’ who is ‘top of mind for savvy representation’, ‘really stands out from the crowd due to the high-profile cases he’s had’, and ‘among the best’.