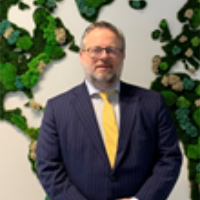 Steven De Schrijver is a partner in the Brussels office of Astrea. He has more than 25 years of experience advising some of the largest Belgian and foreign technology companies, as well as innovative entrepreneurs on complex commercial agreements and projects dealing with new technologies. His expertise includes e-commerce, software licensing, website development and hosting, privacy law, IT security, technology transfers, digital signatures, IT outsourcing, cloud computing, advertising, drones, robotics and social networking.

Steven has also been involved in several national and cross-border transactions in the IT, media and telecom sectors. He participated in the establishment of the first mobile telephone network in Belgium, the establishment of one of the first e-commerce platforms in Belgium, the acquisition of the Flemish broadband cable operator and network, and the acquisition and sale of several Belgian software and technology companies. He has also been involved in numerous outsourcing projects and data protection (now GDPR) compliance projects. Steven is the Belgian member of EuroITCounsel, a quality circle of independent IT lawyers. He is also a board member of ITechLaw and the International Federation of Computer Law Associations. In 2012, 2014, 2017, 2018 and 2019 he was given the ‘global information technology lawyer of the year’ award by Who’s Who Legal and, in 2012, he received the ILO Client Choice Award in the corporate law category for Belgium.