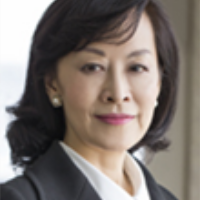 Lee Suet-Fern is the senior director of Morgan Lewis Stamford LLC and a partner of Morgan, Lewis & Bockius, where she chairs the international leadership team and is a member of the global board. Ms Lee advises clients on mergers and acquisitions, equity and debt capital markets, and corporate finance. She routinely leads some of the largest corporate transactions in Singapore and the Asia-Pacific region. She has been involved in many significant corporate transactions and has been named a leading practitioner in numerous professional publications, including Chambers Global Guide to the World’s Leading Lawyers, Euromoney World’s Leading M&A Lawyers, Euromoney World’s Leading Capital Markets Lawyers, PLC Cross-Border’s Equity Capital Markets and Who’s Who Legal – Capital Markets Lawyers. She was also awarded the inaugural Asian Legal Business Life Time Achievement Award in 2007, the Lifetime Achievement Award by Chambers Asia-Pacific in 2016 (becoming the first ever female recipient) and the Lifetime Achievement Award by Euromoney in 2017. Euromoney also honoured her with its Asia Women Business Law Awards for mergers and acquisitions and private equity in 2012 and 2013, and Best Lawyers Mergers & Acquisitions named her Lawyer of the Year in those years. In 2018, IFLR1000 launched its global IFLR1000 Women Leaders guide and has recognised Suet-Fern as one of 300 leading practitioners. She has served as a member of the board of directors of various publicly listed companies in Singapore and the region. Currently amongst others, she sits on the board of global healthcare company Sanofi and one of the world’s largest independent financial advisory groups, Rothschild & Co. As a contributor to the community, Suet-Fern has taken a leadership role in a number of organisations, including as a member of the board of the World Justice Project, an independent multidisciplinary organisation working to advance the rule of law around the world. In Singapore, her public service activities in Singapore include serving as a member of the advisory board of the Law School at Singapore Management University, where she also chairs the Centre of Cross-Border Commercial Law in Asia’s Expert Panel; she is also a trustee for Nanyang Technological University in Singapore. She is a former president of the Inter-Pacific Bar Association and the former chair of the Asian Civilisations Museum and a member of the Singapore National Heritage Board. She was also a member of the Accounting Advisory Board at National University in Singapore and a member of the executive committee of the Senate of the Singapore Academy of Law, where she also chaired the committees on convergence and harmonisation of laws in Asia as well as the cluster of committees on legal education and studies. Ms Lee graduated with a double-first in law from Cambridge University in 1980, where she was a senior scholar at her college and won various book prizes. She qualified as a barrister-at-law at Gray’s Inn, London in 1981 among the top candidates at the London Bar examinations and also won the prize for international trade law. She was admitted to the Singapore Bar in 1982, winning the prize for the top candidate at the Singapore Bar examinations as well as the prize for professional ethics.