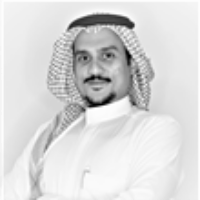 Suhaib A Hammad joined the law firm of Hammad and Al-Mehdar in 2011. He earned his LLB from the International Islamic University in Malaysia in 2008. After working for nearly a year in the interim, he then obtained an LLM from the University of Miami in 2010, specialising in international business law. Suhaib has extensive legal experience in the United States, Malaysia and Saudi Arabia. He is fluent in Arabic and English, and speaks basic Bahasa Melayu as well.

As a partner at Hammad and Al-Mehdar, Suhaib leads the commercial and intellectual property practice, focusing on ICT, TMT and life sciences. In addition, Suhaib was placed on secondment with the corporate and commercial team at Simmons & Simmons in their Dubai and London offices, and has worked on leading cross-border transactions. His experience includes advising international companies on Saudi regulations in relation to formation and operation. Suhaib was awarded a Client Choice award for 2019 in Saudi Arabia by Lexology. The firm was recognised as the best mergers and acquisitions law firm for 2017 and 2018 by the IFN law awards, and receievd an honourable mention as a Tier 1 firm in The Legal 500 2017 for banking and finance transactions.