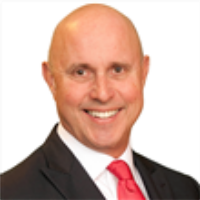 Mr Nork is a partner at the firm, a graduate of the New York Maritime Academy and an experienced licensed master mariner. He practises in the areas of admiralty and tort litigation. His practice areas include Jones Act and LHWCA personal injury claims, collision and cargo claims, contract and general liability claims. He represents clients with energy, insurance, marine and land transportation-related disputes, including COGSA and Carmack Amendment issues. He is also experienced in maritime-related transactions, including vessel construction loans, shipyard contracts, vessel purchases and charter parties.

Mr Nork received his MBA from the University of Houston and graduated with a juris doctorate from the University of Houston Law Center. Mr Nork is a member of the State Bar of Texas, the Houston Bar Association, the Houston Mariners Club and the Council of Master Mariners. He is admitted to practise before the Supreme Court of the United States, the Eastern, Northern, Southern and Western Districts of Texas and the US Courts of Appeals for the Second, Third, Fourth and Fifth Circuits.