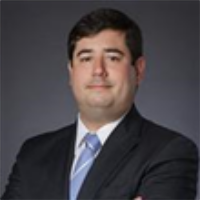 Tiago Araujo Dias Themudo Lessa has been a member of the corporate area of Pinheiro Neto Advogados since 1997, and is based in São Paulo. His practie includes banking law (including regulatory, derivatives and foreign exchange matters), corporate law, aviation law, mergers and acquisitions, capital markets, regulation of financial institutions, project finance and agribusiness law. He holds a bachelor’s degree in law from Universidade Mackenzie (2000), an LLM in financial markets law from INSPER (2003) and a certification of introduction to US law from New York University (2008). He worked as a foreign associate at Allen &Overy LLP (New York, 2007–2008). He is a native speaker of Portuguese and is fluent in English.