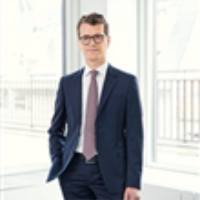 Till is an antitrust partner at Noerr in Hamburg. He specialises in European and German competition law with a focus on cartel investigations and competition law compliance. He also advises on other matters of antitrust and competition law such as merger control, cooperation and distribution agreements, abuse of dominance, etc.In addition, he advises clients on German foreign investment proceedings.

Before joining Noerr in 2020, Till headed the German antitrust and competition law department of an international law firm, and he practiced in several European competition law hubs, including Düsseldorf, Berlin, London, and Brussels.He has been recognised as a leading antitrust lawyer by publications such as Best Lawyers, Handelsblatt, Who’s Who Legal, and Wirtschaftswoche. In the legal research publication JUVE Handbook, he is described as “experienced, resourceful, professional, knowledgeable”.