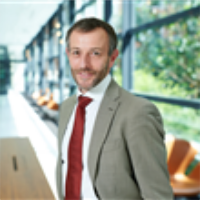 Tim Portwood is a partner at Bredin Prat, and a French-qualified English barrister. He specialises in international arbitration and international litigation. He acts as counsel and arbitrator in both institutional (e.g., ICC, LCIA, SCC, ICSID) and ad hoc arbitration proceedings in disputes covering an extensive range of industries, sitting in common law and civil law jurisdictions, and applying French, English and other national substantive and procedural laws. Born in the United Kingdom, Tim Portwood graduated from the University of Cambridge (with ‘double first’ honours in law). Prior to joining Bredin Prat in 1996, Tim Portwood practised as a barrister with Old Square Chambers in the United Kingdom. He was the co-editor of European Human Rights Reports (1991–1994) as well as the author of Mergers in European Community Law (Athlone Press, 1995) and of Competition Law and the Environment (Cameron May, 1995). Tim Portwood is a native English speaker and is also fluent in French, Italian and German.