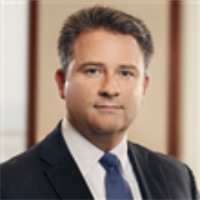 Mr Cameron has particular expertise representing non-US clients in a wide variety of litigation (including class actions) in federal and state courts in the United States, as well as in arbitrations. He has extensive experience dealing with complicated cross-border issues that can arise in such matters, including jurisdictional issues, reconciling US law with the application of local laws, class certification issues involving foreign putative class members and the difficulties of obtaining testimony from witnesses located outside the United States. Mr Cameron was born in Auckland, New Zealand. He received his LLB (Hons)/BCom degree in 1994 from the University of Auckland, New Zealand; an MComLaw degree with first-class honours in 1997 from the University of Auckland, New Zealand; and an LLM degree in 1998 from the University of Chicago Law School.

From February 1994 to September 1997, Mr Cameron practised law at Russell McVeagh McKenzie Bartleet & Co, in Auckland, New Zealand. He joined Cravath in 1998 and became a partner in 2005.