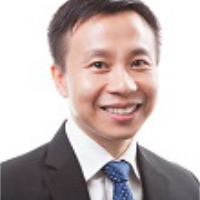 Tran Manh Hung’s practice covers both contentious and non-contentious aspects of IP law, including trademarks, copyright, design, unfair competition, anti-counterfeiting, anti-pricy, domain names, commercial intellectual property including franchising and licensing arrangements, trade secret and technology laws. Hung has been ranked as a ‘strongly recommended IP lawyer’ by Global3000, and received high recognition by Asialaw and Managing IP Asia, and was featured as a leading lawyer by Vietnam Central Television. He received the distinction of ‘Lawyer of the Year (2009)’ from the Vietnam Lawyers’ Federation, the Ministry of Justice and Legal Magazine. He has also been consistently ranked as a leading lawyer by Chambers Asia-Pacific and The Legal 500 Asia Pacific. He previously served as the chairman of the legal committee of the Hanoi American Chamber of Commerce in 2012. He has given lectures at the Hanoi University of Law and the Diplomatic Academy of Vietnam. He has also lectured on IP laws at the Professional Training School of the Vietnam Ministry of Industry and Trade and teaches both law and an MBA course at the Hanoi Foreign Trade University.

He also organised and taught the IP vocational training course for the top law students at Hanoi Law University. As an instructor in this specialised IP course, he brings IP expertise into the classroom and provides valuable mentoring and networking opportunities for law students who are passionate about this field. The course focuses on international practice standards and problem-solving skills required to work in both the public and private sectors.