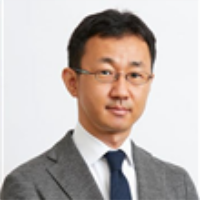 Tsuyoshi Suzuki is a partner at Momo-o, Matsuo & Namba.  In addition to various domestic court proceedings, he has a variety of experience in cross-border litigation and international arbitration.  Mr Suzuki regularly represents Japanese and multinational clients in a wide range of disputes involving issues such as sales of goods, product liability, joint ventures, distributorships, leasing, real property, intellectual property, shareholders derivative suits, M&A, labour and employment, and bankruptcy.  He has served as the President of the Young Practitioners Group under the Japan Association of Arbitrators since 2015.  Mr Suzuki graduated from Hitotsubashi University in 2002, was admitted to the Dai-ichi Tokyo Bar Association in 2003 and joined Momo-o, Matsuo & Namba the same year.  He obtained his LL.M. in 2008 from Boston University School of Law and was admitted to the New York Bar in 2009.  Mr Suzuki was a visiting attorney in the Los Angeles office of Quinn Emanuel Urquhart & Sullivan, LLP from 2008 to 2009.