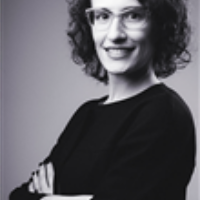 Valentine Chessa has been practising in the international arbitration team of CastaldiPartners since 2010. In 2016, she became a partner. Her practise focuses on international arbitration, both ad hoc and institutional, before the main arbitration institutions (ICC, LCIA, SCC, CAM, etc.) in a wide range of industry sectors, including energy and construction. Before joining CastaldiPartners, Valentine Chessa worked at the ICC International Court of Arbitration Secretariat for five years, where she supervised hundreds of arbitration proceedings with parties from all over the world involving a wide range of sectors and legal issues. Valentine Chessa also acts as an arbitrator and has been involved in numerous arbitration proceedings as the administrative secretary of Alexis Mourre, the current President of the ICC International Court. She was the co-chair of ArbIt from 2017 to 2018, and she is a board member of ArbitralWomen and one of the reporters for France at the Institute for Transnational Arbitration. Valentine Chessa has always worked in English, French and Italian.