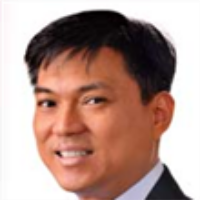 Vicente D Gerochi IV heads the firm’s banking, finance and securities department. He has represented Philippine and international banks and multilateral financial institutions in a range of transactions, including securities offerings, project finance and other financing deals.

His projects include Asian Development Bank’s inaugural peso bond issue and its Asian Currency Note Programme, and Ayala Land’s homestarter bond offerings. He advised one of the shareholders of the National Grid Corporation of the Philippines in connection with the financing of its equity contribution to that company. Asian Counsel cited this transaction as one of the 2009 Deals of the Year. Mr Gerochi has worked on a number of transport infrastructure projects. He assisted a Canadian investor in the proposed southbound extension of Manila Light Rail Transit Line 1. He advised the Manila International Airport Authority in connection with the completion of Terminal 3. He acted for the syndicate of commercial banks led by Banco de Oro that provided a financing facility for the extension and rehabilitation of the South Luzon Expressway. He is acting for the concessionaire of the Manila Light Rail Transit Line 7 in the implementation and financing of that project.

Mr Gerochi was a lecturer at the Ateneo Law School from 1996 to 1998. He also delivered lectures in Kuala Lumpur and Beijing on topics involving his practice. He is a fellow of the Center for International Legal Studies, for which he also authors the Philippine chapter of International Securities Law and Regulation. He has also contributed to CCH Asia’s Doing Business in Asia and the International Financial Law Review.