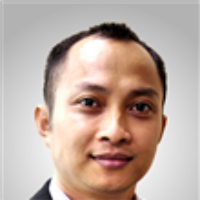 Vovo served as a member of staff in the Secretariat at the Indonesia Competition Authority (KPPU) prior to co-founding, alongside HMBC Rikrik Rizkiyana, the boutique competition practice of Rizkiyana & Iswanto, where he specialized in competition, consumer protection, corporate restructuring, commercial contracts, and general corporate and litigation. He moved to Assegaf Hamzah & Partners after its merger with Rizkiyana & Iswanto on 1 October 2013.

Vovo earned his bachelor of law degree from the University of Indonesia and his master of laws degree (LLM) from the Free University of Amsterdam. He is now one of the most respected antitrust lawyers in Indonesia. He has successfully litigated a long series of competition cases, mostly involving cartel and abuse of dominant position issues, across a broad cross-section of industries (including pharmaceuticals, construction, music, and oil and gas). He has also provided competition compliance reviews (relating to sale and distribution agreements) to multinational glass and dairy producers, as well as corporate legalization for Pacnet Global (Singapore) Pte Ltd, and a general legal review on an end-user license agreement for a big television broadcaster.

In addition, many of his writings have appeared in prestigious international prestigious publications and directories, including Getting the Deal Through, ABA Handbooks, European Lawyers Series, International Comparative Legal Guide, and the Asia-Pacific Antitrust Review.