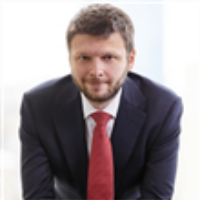 Vyacheslav Khayryuzov heads digital business and data privacy and co-heads the IP practice groups in the Moscow office of Noerr. He advises clients that predominantly operate in the technology, retail, media sectors. His extensive experience includes international copyright and software law, data privacy protection, as well as commercial and media law issues in Russia. In addition, he advises clients on general IP matters. He represents both national and international clients, ranging from start-ups to large national and international corporations.

Vyacheslav joined Noerr in 2007, having previously worked as a senior counsel at Rambler, a major Russian internet company, where he worked on a number of international projects.

He is currently a local representative for Russia in the International Technology Law Association (ITechLaw) and a member of Digitalisation committee of the German–Russian Chamber of Commerce.

Vyacheslav has been recommended for Intellectual Property and TMT by The Legal 500 EMEA, Chambers Europe, Best Lawyers, Who’s Who Legal and others.