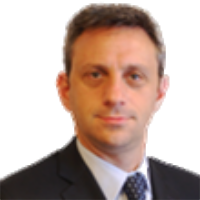 Walter César Keiniger is partner at the tax department. He joined Marval O'Farrell Mairal in 1999.

He has provided advice to local and foreign companies in the design, planning and organization of a variety of transactions, including loans, project financing, securitization of assets, IPOs, etc. He also been involved in many M&A transactions, advising both buyers and sellers in the tax consequences derived from the transfer of assets and shares, the creation of joint ventures between local and foreign companies, tax-free reorganizations, etc. He also has a strong background in complex tax litigation and leads a large team of tax litigators.

He has been recognized as one of the main tax lawyers in Argentina by prestigious publications, such as Chambers & Partners, Legal 500, World Tax and LL250. He has also been recognized as leading tax attorney in Argentina and thought leader 2018 and 2019 by LACCA (Latin American Corporate Counsel Association) and has been awarded back-to-back the 2018 and 2019 Client Choice Award for Corporate Tax in Argentina. In 2017 he received the “best article” award granted by the Argentine Fiscal Association.

He has written articles in national and international publications, and has been invited as speaker in different conferences held in Argentina and abroad on matters related to his area of specialization. He teaches at the Master of Laws (“Derecho Empresario”) of Universidad Argentina de la Empresa (UADE) and was visiting professor at the University of Florida (Levin College of Law), USA. He also teaches regularly an on line course at the University of Miami (School of Law) about “Investments into Latin America”.